Americanos – the New Rebels of Latin America
Atlas 2005
Nominated to Sweden’s most prestigious literary award, “The August [Strindberg] Award”, Americanos describes the emerging social movements and political conflicts popularly called “the New Latin American Left Wave”. Blazing the trail for Swedish press, Sweden’s largest paper, Aftonbladet, called Americanos “a pioneering master piece” and the best Swedish work in the genre since the 1960s. Americanos is a unique piece of documentary journalism, invaluable to anyone trying to understand the Latin America rising from the ashes of the era of failed market liberalism.

Magnus Linton takes off in Buenos Aires, moving with the people of the continent, and in six chapters he covers radical coca farmers in Bolivia, land occupants in Brazil, Colombian guerilla feminists and “the Bolivarian revolution” in Venezuela, finally arriving at a new important metropolis of Latin America: Los Angeles. Americanos is an account of a political journey where we meet rebels completely different from those we know from the 1960s and 1970s. It is a journey in many dimensions; from man to woman, from white to Indian, from political parties to unions and, not least, from south to north. Most Latin American countries are now headed by social reformists and the interplay between the social movements and the new, strong parties on the left will be increasingly important for this continent which is quickly turning into the new political hotspot, presently balancing between populism and realism.

“Masterly written reports, well researched and with a tangible physical presence. Linton’s book is the best in the genre since the Third World was “discovered” by Swedish writers in the 1960s … He handles the difficulties in these gigantic transitional processes, including the centralist system in Venezuela, by analytical reasoning without falling into the pessimist trap. An observer with an agile intellect. As a political documentary, this book is a pioneering work.”//Aftonbladet

“Neo-liberalism has both conquered and lost during the years between Sven Lindqvist [1960s] and Magnus Linton. The IMF:s structural reforms have failed, the old cold war has ended, and the recent war against drugs has been lost. The results are new movements in the crust of the earth, barely discernible motions. But Linton uses his sixth seismic sense to help us imagine some of the new terrain inside this social volcano and we get to accompany him on a breathtaking journey from Argentina all the way to California, the northernmost foothold of Latin America … A magnificent account of a journey, where close-ups and analysis are seamlessly placed on a leveled plain.”//Expressen

“Magnus Linton has written an important, deeply committed and intellectually honest book without blinders or fix ideas, opening up for renewed knowledge about Latin America, beyond salvation theories. I hope this book will contribute to a rekindling of the interest in Latin America and to a continued discussion which may deepen our understanding and expand the cultural and economic exchange. This is a continent which today is also situated in Europe – just outside Stockholm!”//Dagens Nyheter

“The book is as much an ideological as a geographic road trip… Its strength is Linton’s way of placing his concrete encounters in an abstract context – actually succeeding in creating some kind of order in this abundance of ideologies. It is a breathtakingly dramatic process which Magnus Linton, precisely due to his sober approach, manages to explain in such an impressive way.”//Sydsvenskan

“Linton layers big and small; sailing like a condor, overlooking politics, history and globalization. Then diving down, striking his talons into gripping reality; with his sharp eye describing the struggle for survival and for a decent life – in the factory, in the shanty-towns and in the abortion clinics. He has ploughed through stacks of books and interviewed more than a hundred people. Americanos is a well written and very readable book, providing a balanced and updated view of the situation, right now, in Las Americas.”//Svenska Dagbladet

Cocaína: A Book on Those Who Make It (2013)
"A brilliant work of investigative journalism, and an insight into one of the world's most troubling industries."
Henry Rosenbloom, Scribe. 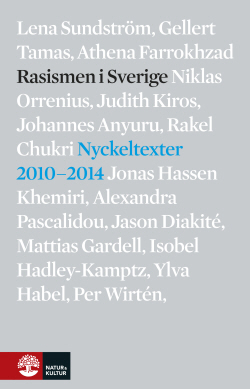